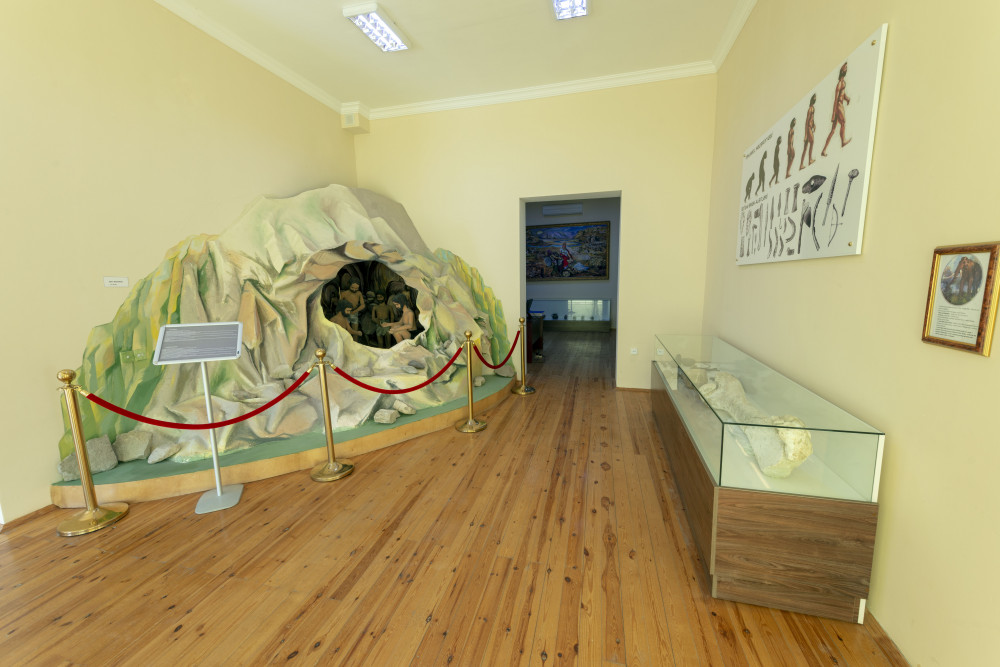 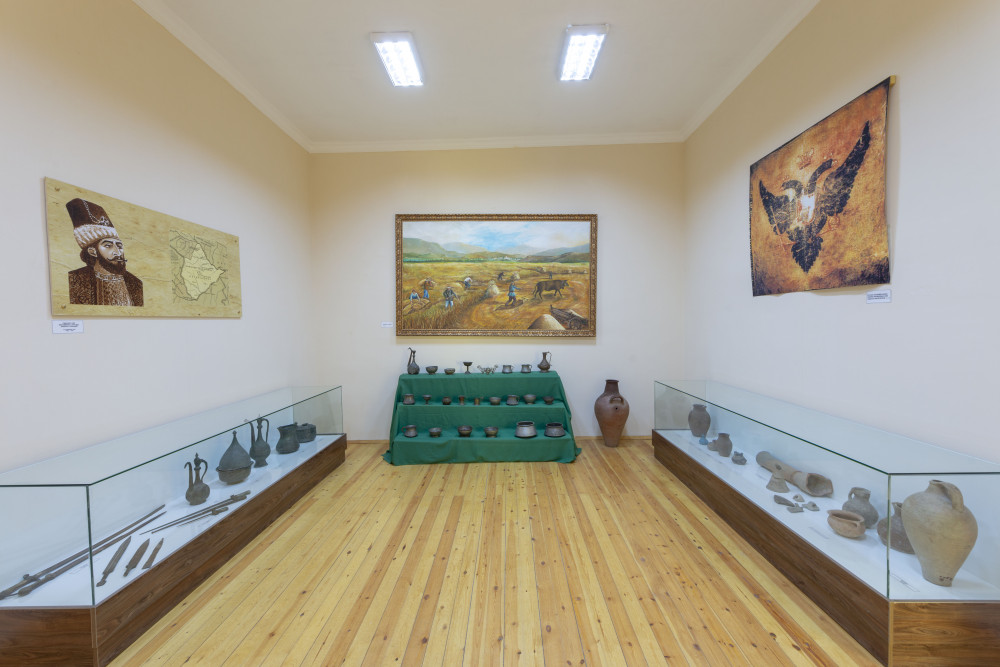 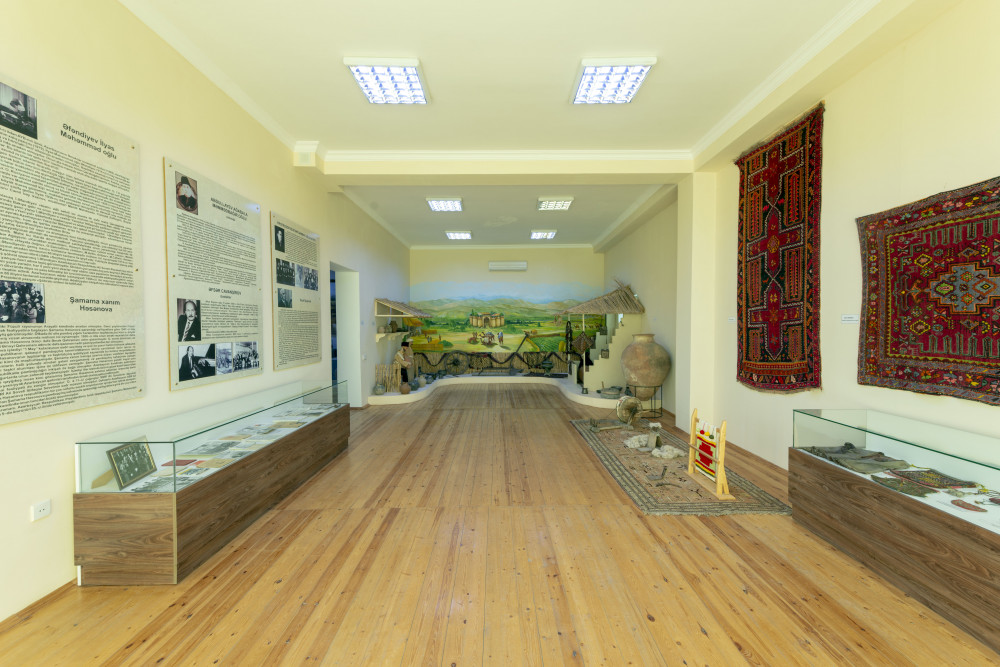 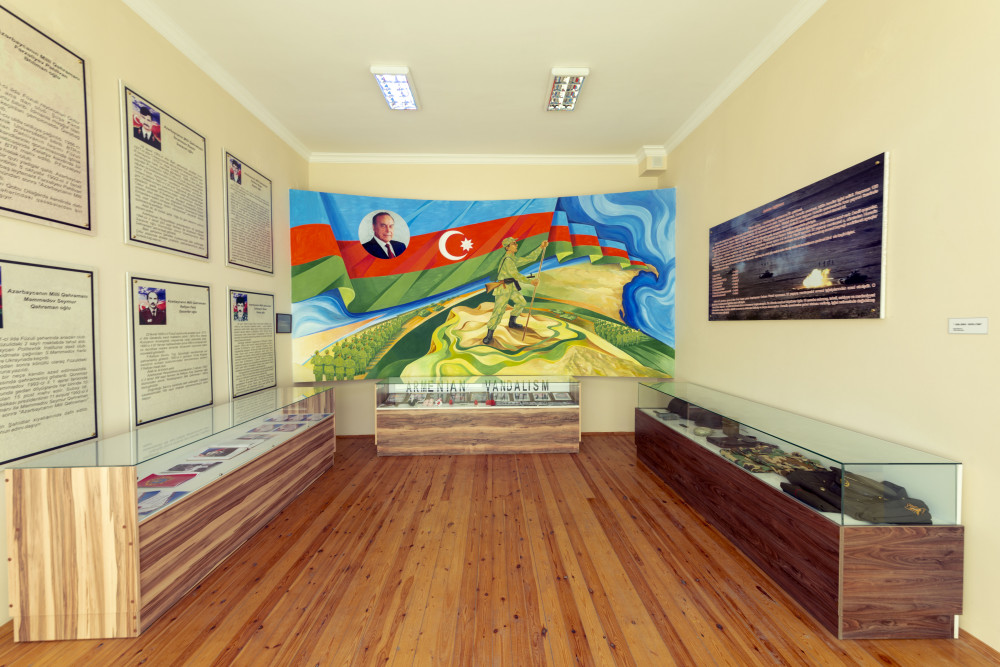 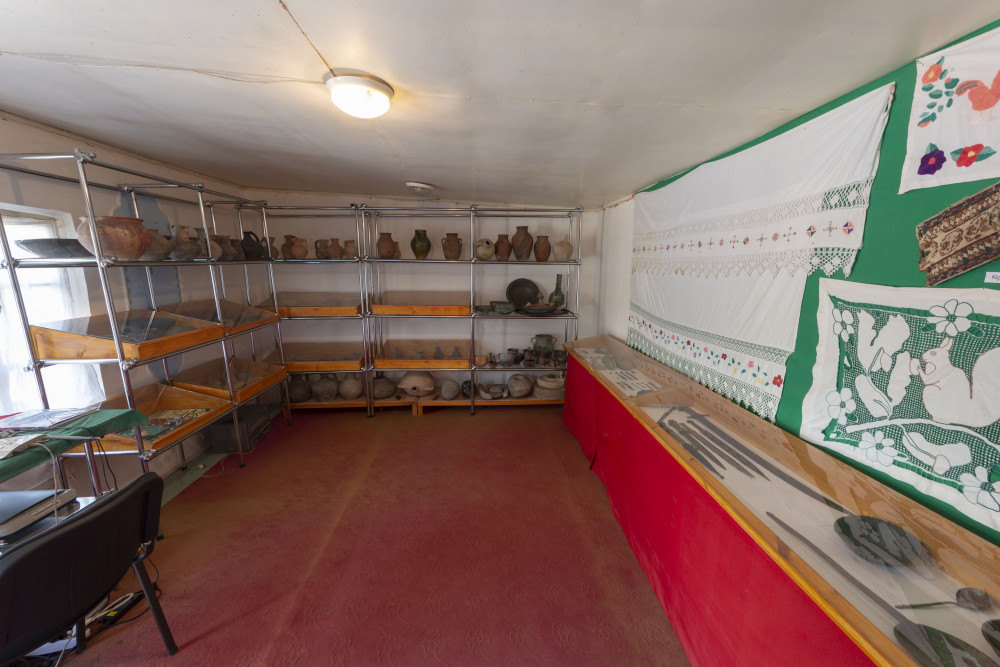 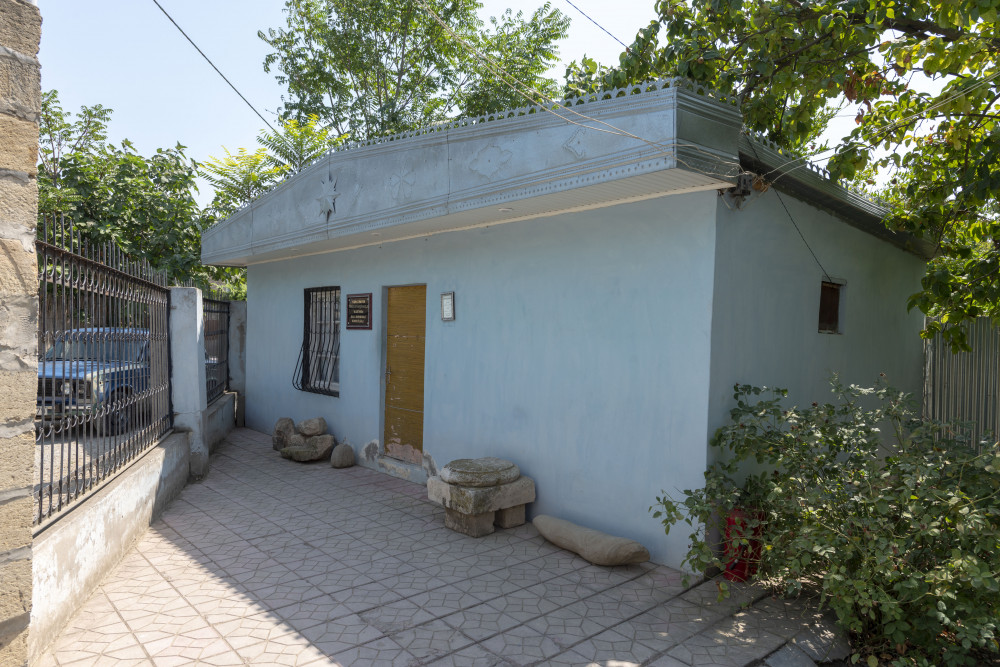 Fuzuli History-Ethnography Museum was founded in 1981. Before the occupation, there were about 6000 exhibits in the museum. In 1993, many exhibits of the museum were rescued from fire and taken to Baku city, Azerbaijan Museum of Independence. The museum continued its activity in the Independence Museum for a long time. Museum received honorary decrees at the exhibitions. The Bala Bahmanli village branch was founded in 2006 on the basis of personal collection of Elchin Asadov in Fuzuli History and Ethnography Museum. In 2014, the Fuzuli History and Ethnography Museum was moved from Baku to Horadiz due to the construction of a new museum building in Horadiz, Fuzuli region.
Museum built in a modern style has an exhibition hall consisting of 300 sq.m Many events are held every year here. Also booklets in Azerbaijani and French languages are made in the museum.
Archeological findings found in the territory of the region include the seals and arrowheads of Sak Massaget, silver dirhams of Sassanid, stone tools, octagonal sealed sword, Arabic-script treasure, agate beads, 1.8 million years old southern elephant thigh-bone and etc.