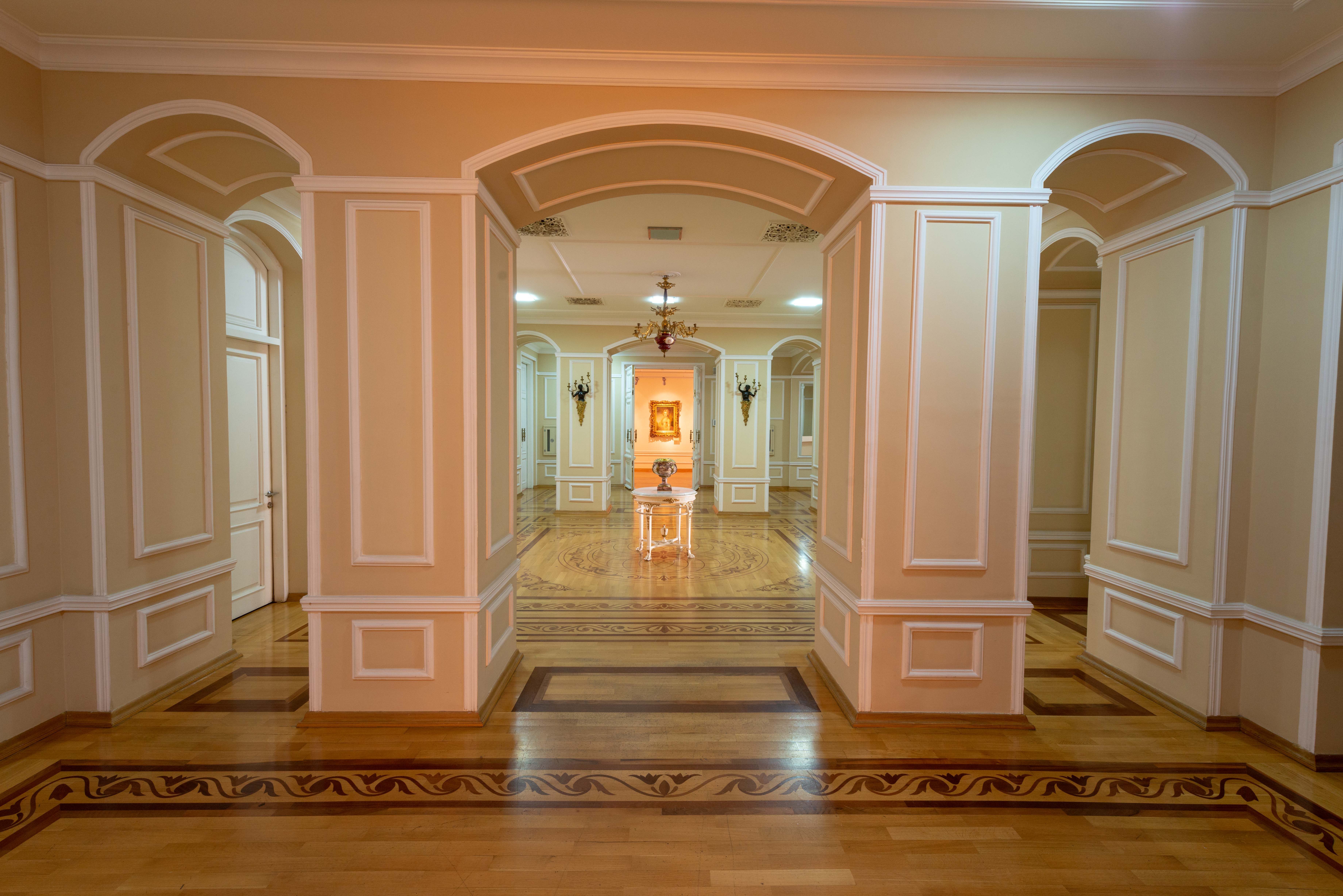 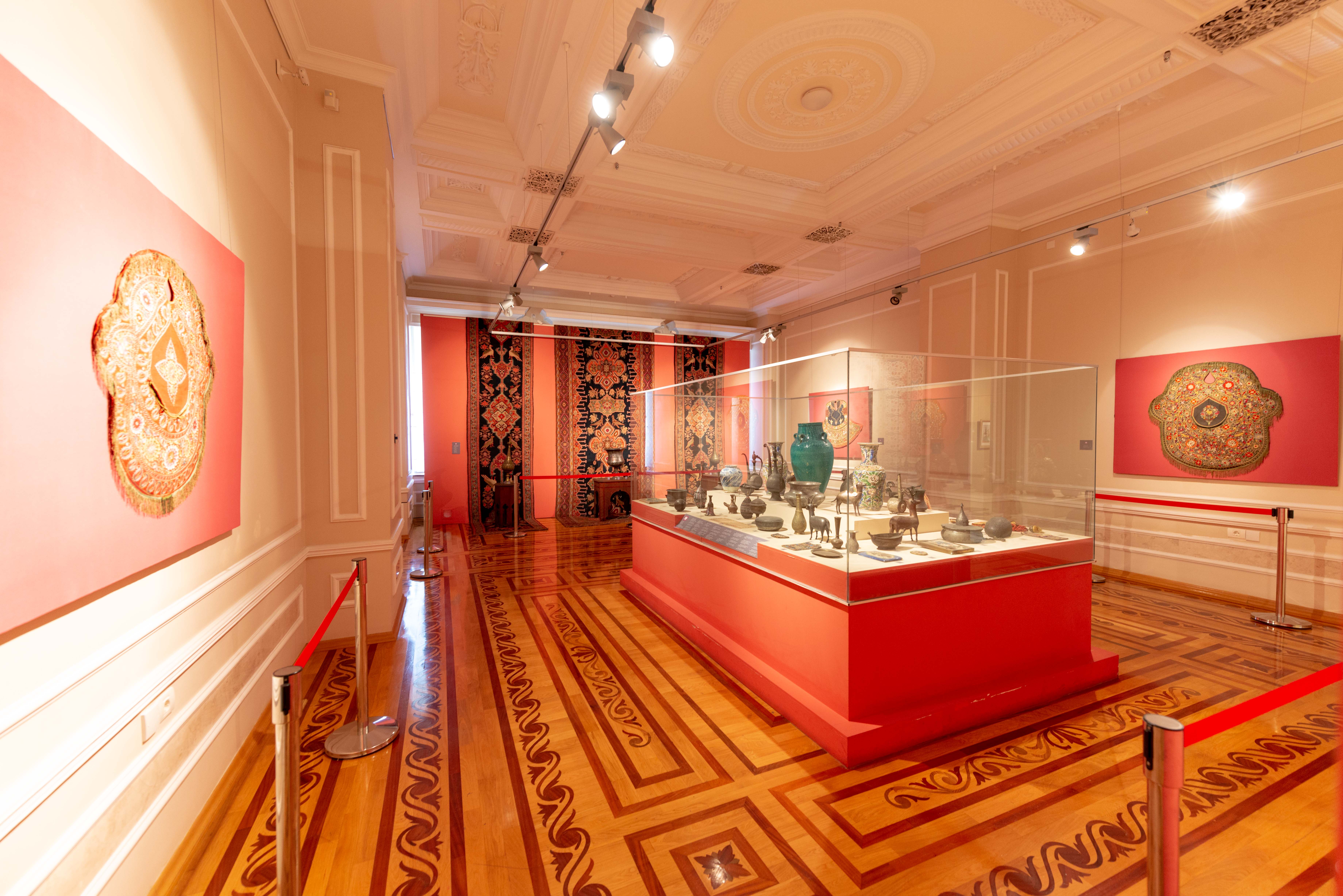 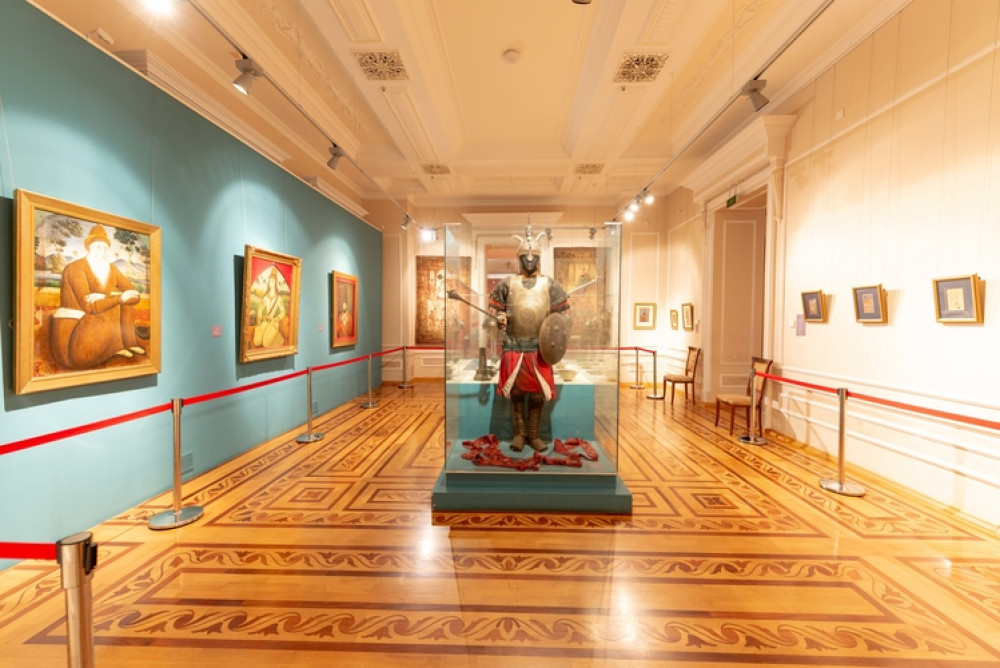 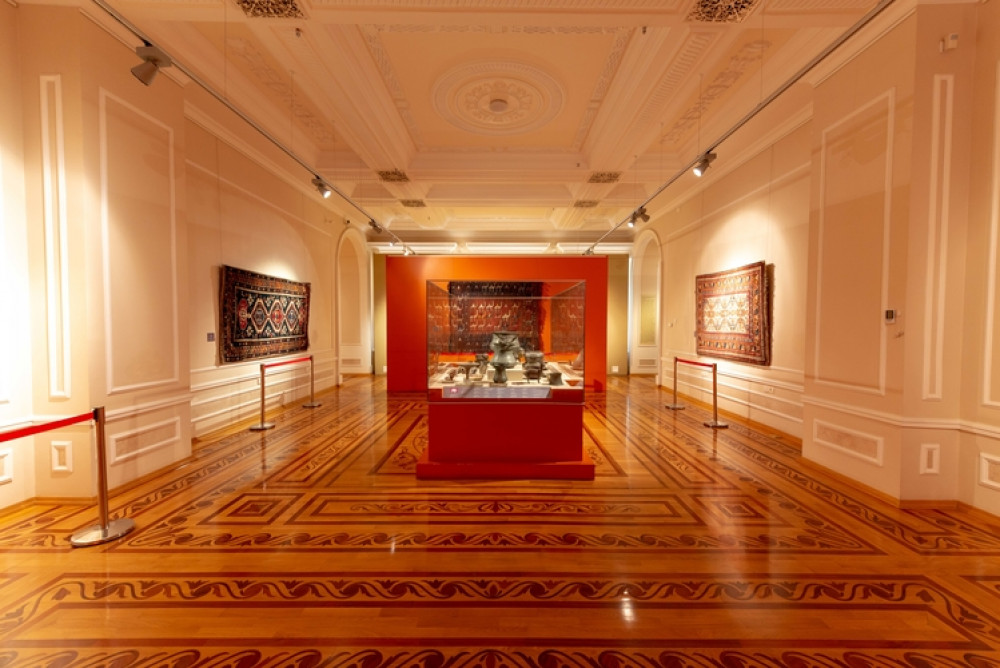 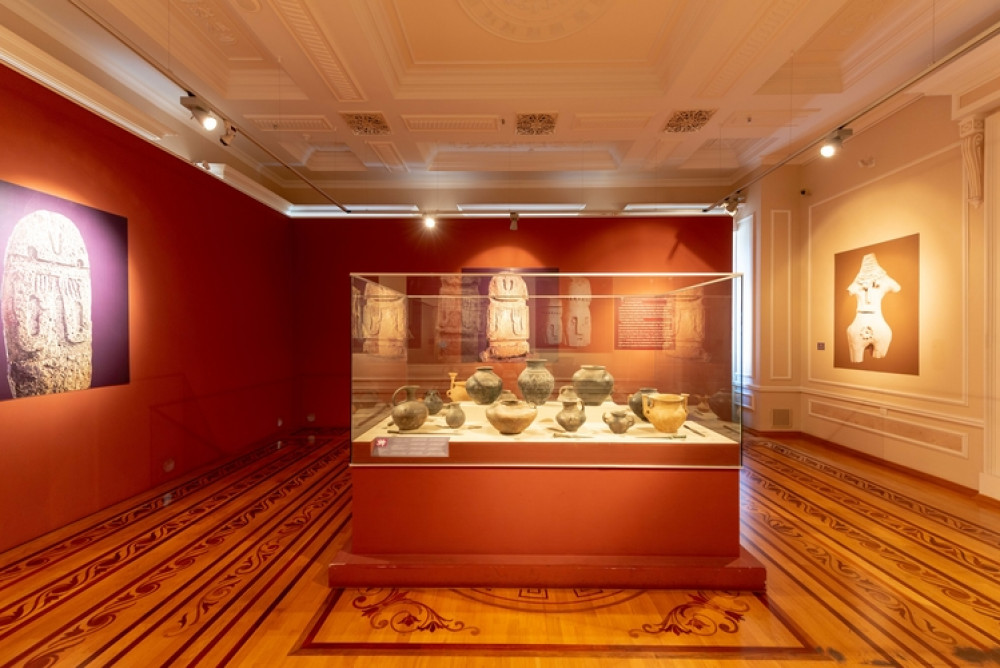 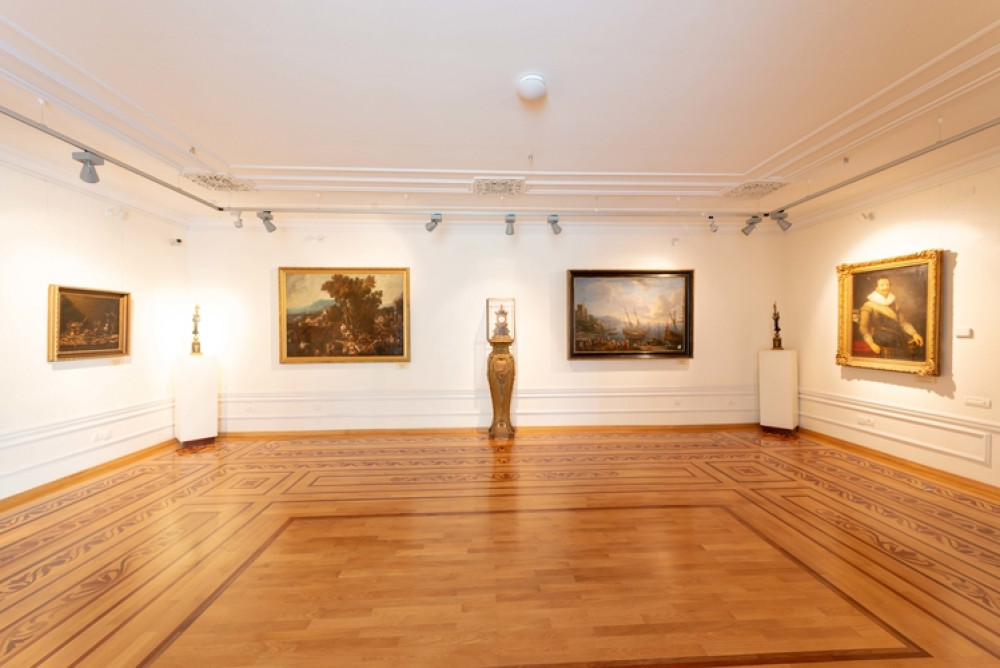 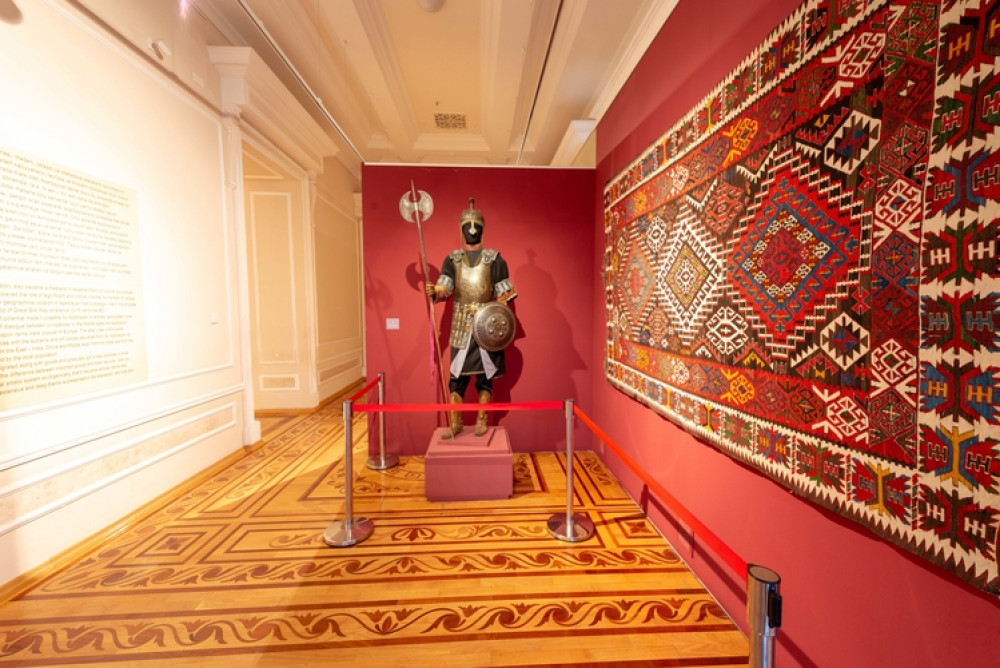 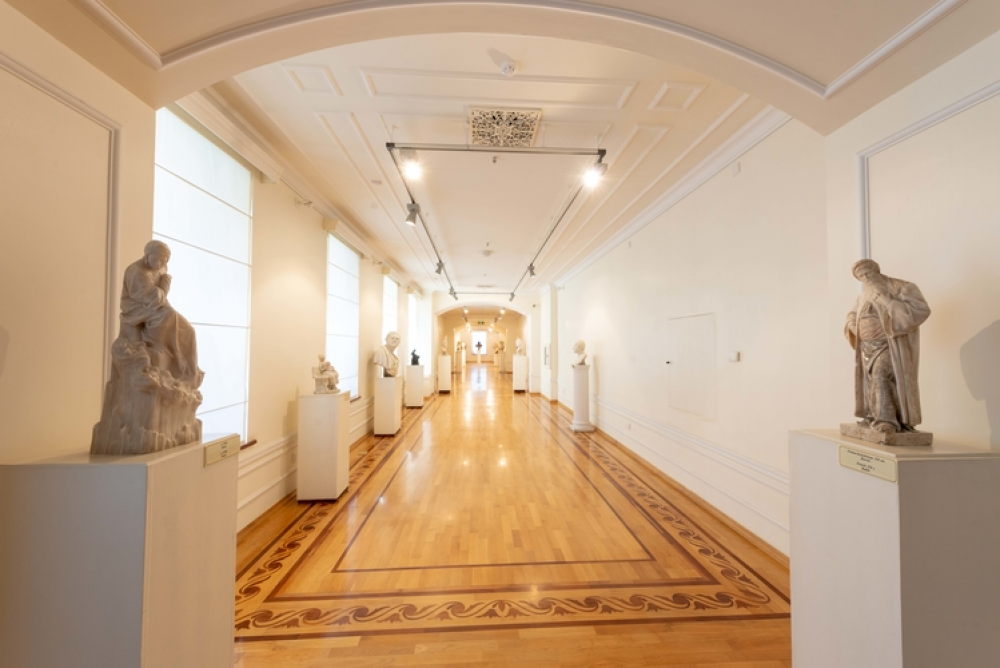 Azerbaijan National Museum of Art is situated in the heart of Baku in one of the most beautiful ancient residences of the 19-th century.

According to Baku history researchers in 1888,a beautiful residence of De Bur- a superintendent of baron Rotshild (Rothschild), was built by a civil engineer N.A.Fon der Nonne on str. Sadovaya 9. Its grandness has made this building a compositional accent of a district surrounded by other historical and administrative buildings. In 1951 the museum had situated in the residence, by that time having had “participated” and passed through a line of the countries extremely important historical points. In 1922 neighbouring building of a former girls’ school named after Russian Empress Mariinskaya school has been added to the museum’s territory. Currently the modern Azerbaijan art exhibitiion is showcased in this same building.

The museum collection contains more than 19 000 exhibits, including rare samples of different artistic styles and periods both of national and world culture making it very appealing for art lovers, specialists and regular visitors. Indeed it is interesting to follow the history of a group of exhibits, belonging to different periods and different prominent historical figures, among which were Baku oil magnats- collectors of antiquities and world known museum collections. The museum presents to its guests a great opportunity to meet the largest colllection of national painting and graphics, following a process of a formation and development of the mainstreams and undeground styles, interrelated with difficult historical processes of the region. A wide collection of the best aestetic samples of national applied art and archeological artefacts of different periods from the Stone Age to present times makes this collection unique as it shows an anlthology of all kinds of national arts with its most beautiful samples.

The painting fund of the museum counts more than 3400 works of Azerbaijani, Russian and Western European artists.

The graphical fund owning more than 6 thousand units stands out by its reachness and diversity.

The porcelain and ceramics fund has 3000 exhibits, representing Azerbaijan, Russia, Western European and Oriental countries. The fund owns a wide collection of Russian porcelain of the 19-20th centuries, including the pieces of Russian Emperor’s Porcelain Factory.

The textile fund has a very rich collection of valuable artifacts from Azerbaijan and other countries. The biggest part of the collection belongs to Azerbaijani carpets of all traditional carpet making schools. Some pieces are unique and have no analogs in other local cultural centers. The collection of national embroidery is very beautiful as it shows all kinds of technique of this ancient handicraft artwork which had glorified and brought a worldwide pride to our country in ancient times. The Museum is proud to own the oldest sample of national embroidery dated back to the 17th century. National garment made of richly decorated local fabrics is also shown in the collection.

Many beautiful samples of European and Oriental textile, carpet making and embroidery are stored in the museum funds. It is worth to mention beautiful collection of tapestry and fans.

The museum today is a modern flexible body, monitoring all current trends, news and perspectives in the museum management sector. The main task of it is to create and adopt only those positive initiatives which are in line with the main mission of the museum – protect, promote and popularize its outstanding collection, establish strong connections among people and use universal cultural language to unite and enrich global through diversity of national values.