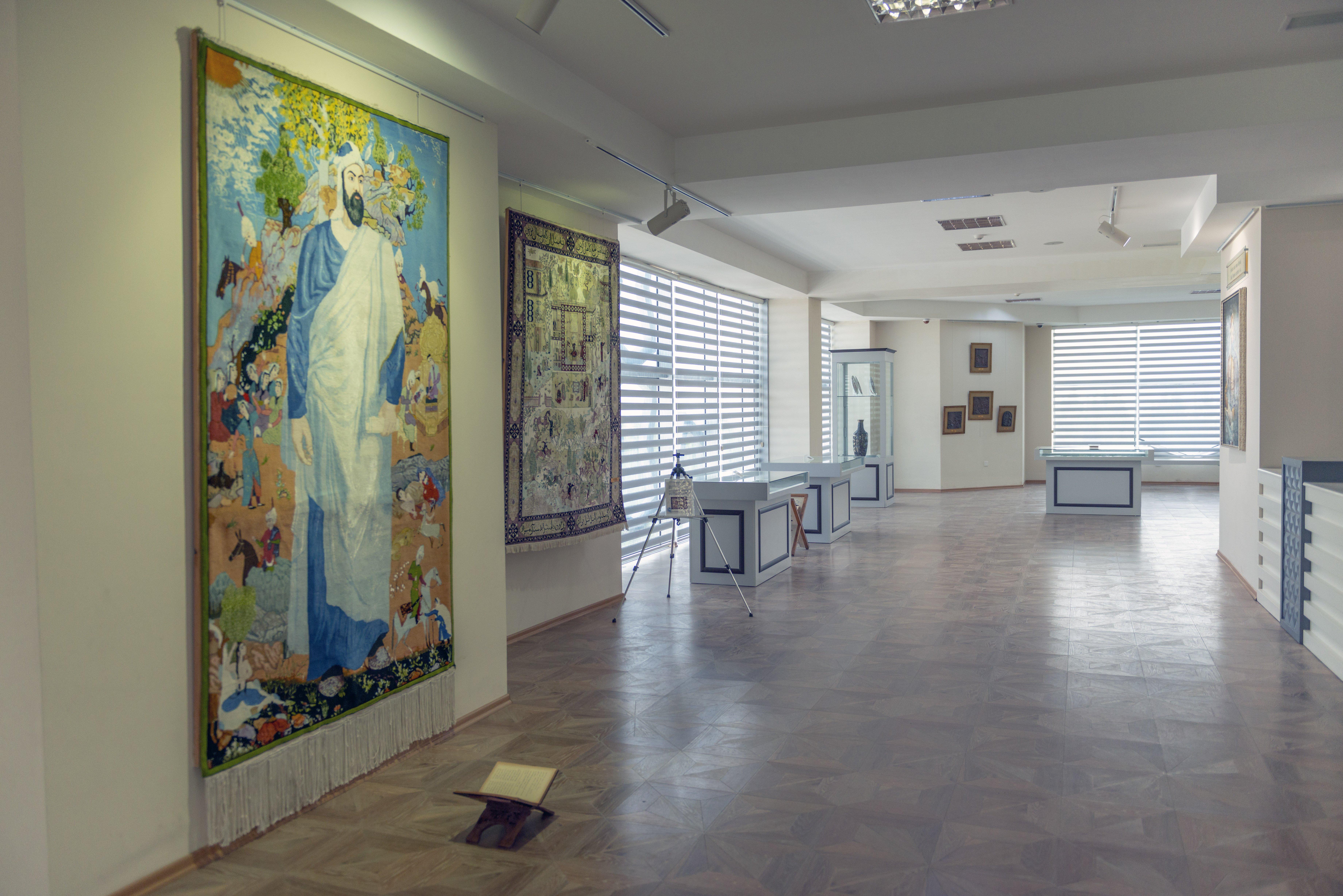 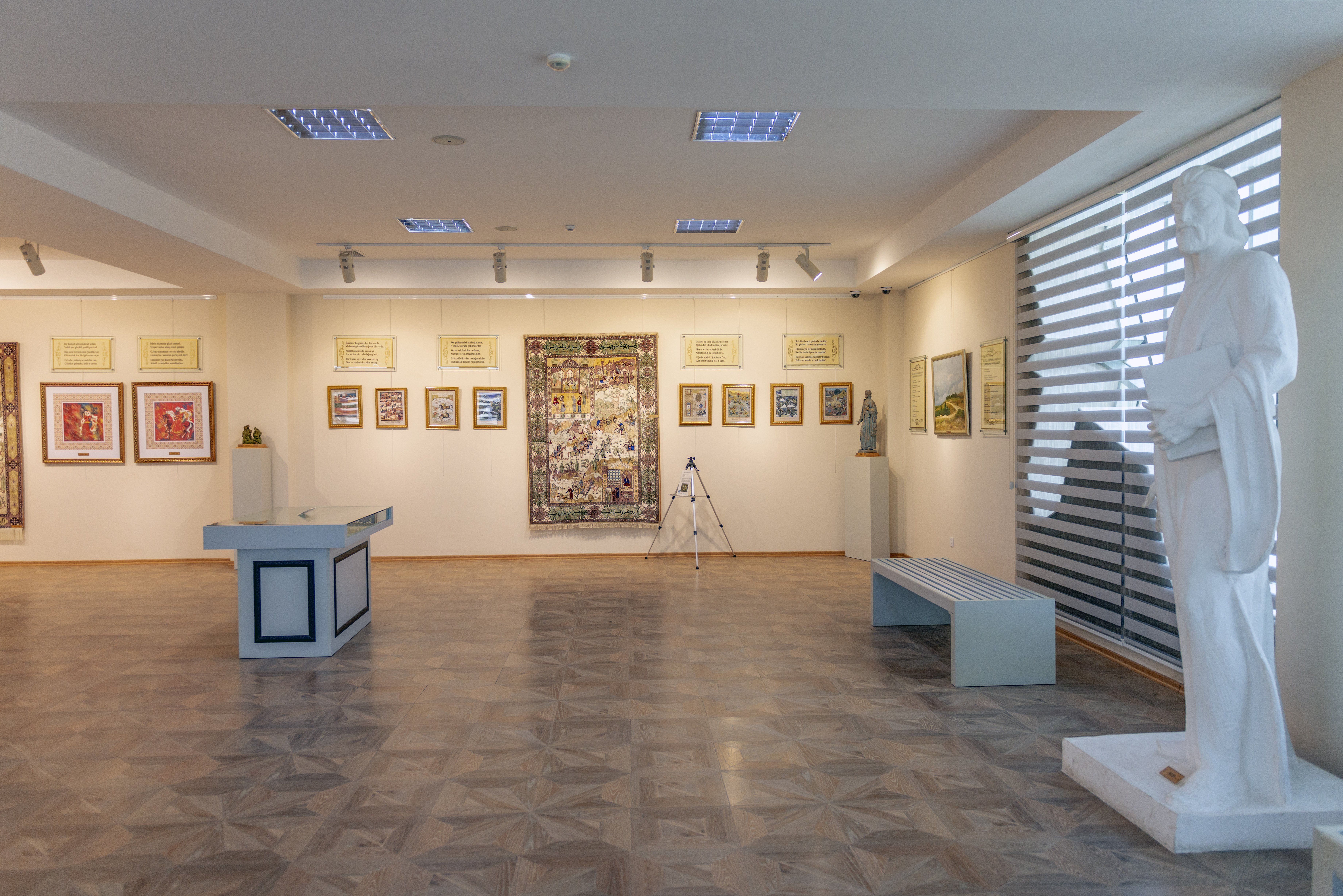 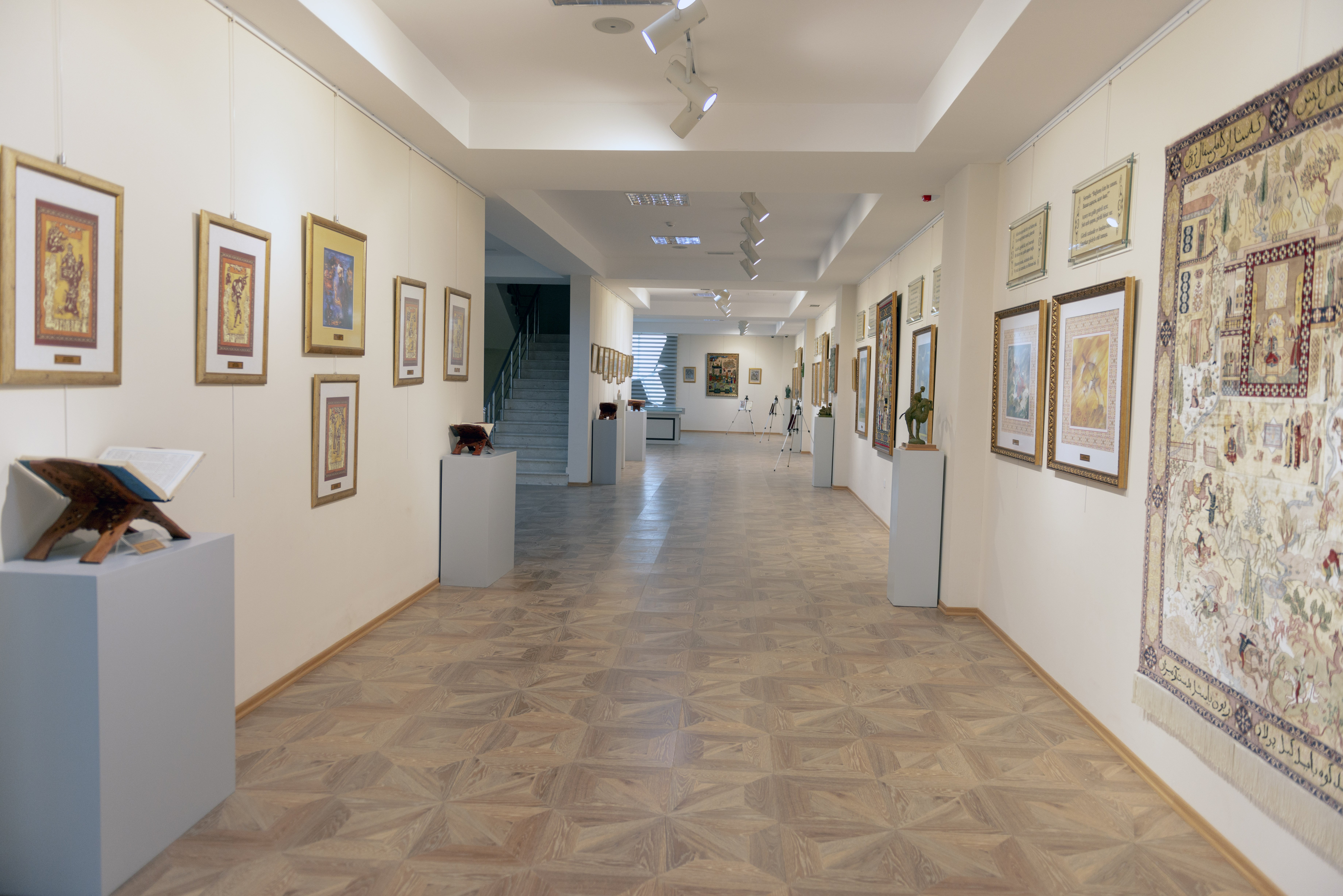 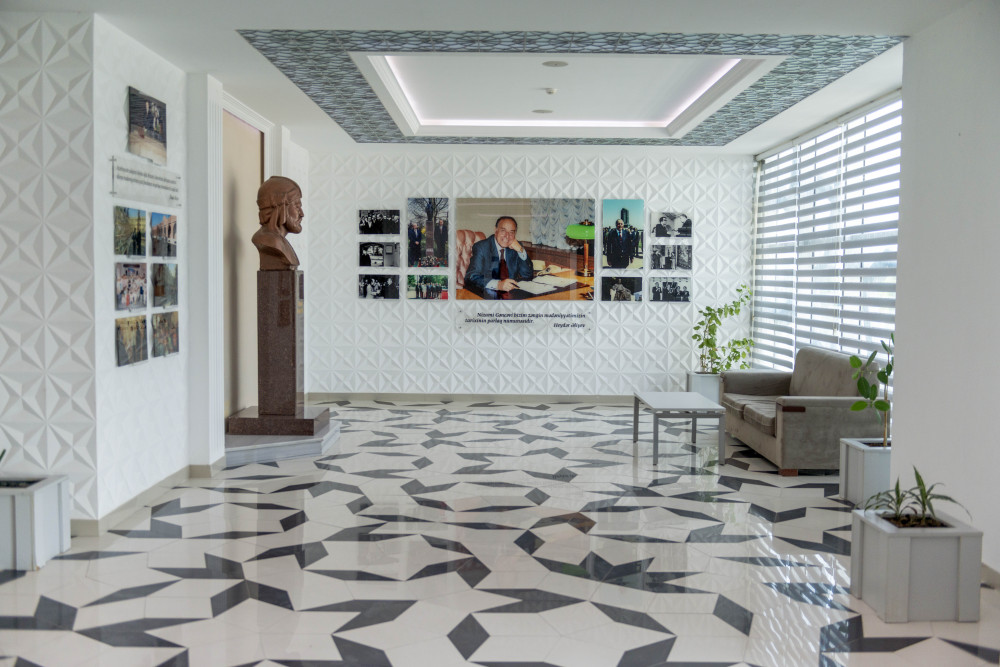 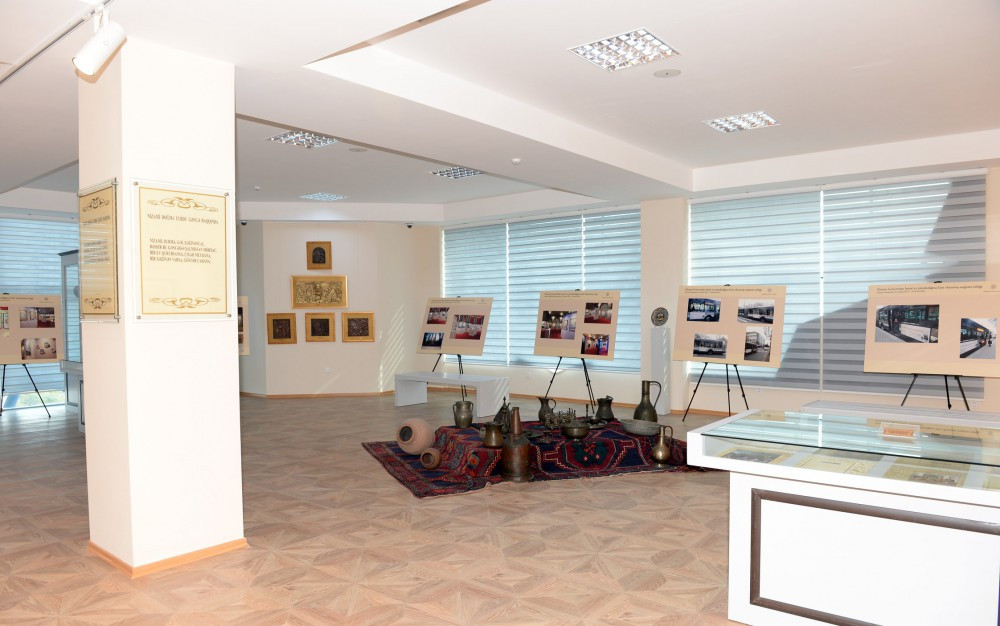 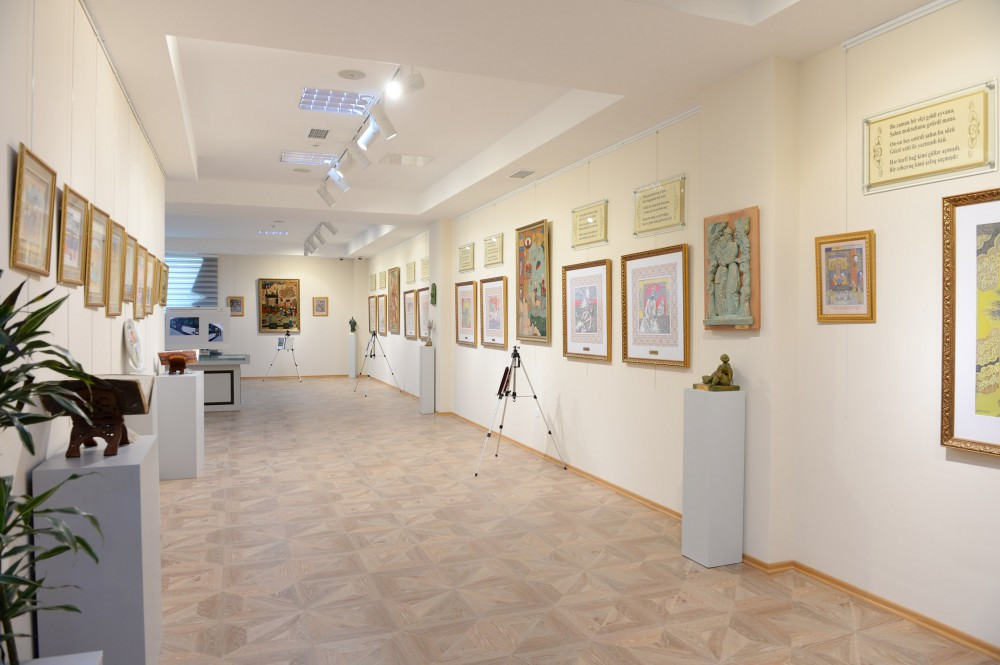 On the occasion of Nizami Ganjavi`s the 840th jubilee, a house-model was constructed in a house 10, turn lll in Ismat Kayibov street for making the two – parted “Nizami” film in 1980.

From 1984, Nizami Ganjavi Memorial-House Museum began its work in the same house-model belonging to the structure of Ganja city Culture Office, countinuing its action in “Kızıl Hajılı” Historical Architectial Monument located in Tabriz street, from january 1th 2004 to 2014.

İn 2013, a four stroreyed building in modern style was constructed in the area of Nizami Ganjavi mausoleum with the support of “Haydar Aliyev Foundation”.

There is an exibition hall (493 m), 12 rooms, a conference hall (for 100 people) and a cafe in the building. The Prezident of Azerbaijan Republic İlham Aliyev took part in the museum opening ceremony during his next visit to Ganja, on january 24th, 2014.

There are 542 exibits in Nizami Ganjavi Memorial-House Museum. 418 exibits are demonstrated there. The most ancient exibits of museum are the original Khamsa manuscripts and the samples of “Kurani-Kerim” that carried out by Nizami Ganjavi İnternational Center.